Seeds are one of the most crucial elements for a good harvest of premium material.

There are some parts of the world where some big companies are creating an environmental disaster to achieve the goal of more productive harvests like Monsanto and Cargyll.

The Kenyan Agricultural Research Institute has proven to the world that better seeds can be created without the use of biotechnology.

Dr. Leley also stated that this information is not always possessed by farmers and that leads to planting the wrong type of seed for the soil in their zones.

In Kenya there are different landscapes and breeding grounds. The altitude is definitely a factor when it comes to sewing and harvesting maize. The new seeds that have been just released are suitable for mid-altitude. They are also hybrid varieties of maize and according to the researchers in charge of the project; they can guarantee farmers will have up to ten percent more yields than with other seeds.

Dr. Leley, one of the main people involved in the project said that the areas for which these seeds are most recommended are Kangundo, Kiambu, Kakamega and Embu as well as the region around Lake Victoria.

He also added that the five series of breeds were created with mid-altitude zones as a target. He claims that every maize species has a different agro ecological zone in which it works its full potential and that they develop them with each zone as an aim.

Dr. Leley also stated that this information is not always possessed by farmers and that leads to planting the wrong type of seed for the soil in their zones. The outcome of such confusion is poor production of yields and a profound disillusion. 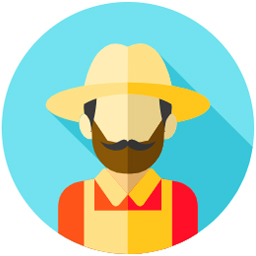 The average farmer can get 10 tons from each hectare easily.

The low altitude areas such as Kitui, Kibwezi, Machakos and Mtwapa at the Coast Province have some breeds suitable for them like Katumani, Pwani and Coast Composite hybrid breeds which mature really fast and farmers can harvest them within three months from planting the seed. But they are not suited for mid-altitude or high-altitude regions, they underperform in those circumstances.

The yield is considerably lower than those suited for higher grounds and in season, farmers can harvest five tons per hectare.

Although some farmers do two seasons a year, the result of low-altitude maize seeds is generally lower than that suited for higher altitude terrains.

The high-altitude maize takes twice as much to mature enough to be harvested but the proceedings from each hectare are much higher. The average farmer can get 10 tons from each hectare easily. These varieties that Dr. Leley´s team developed under the names 614, 625, 626 and 628 are best for those areas.

Eight Years In The Making 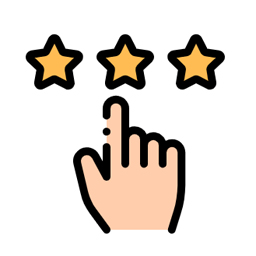 Dr. Leley also stated that this information is not always possessed by farmers and that leads to planting the wrong type of seed for the soil in their zones.

The breeds that came out of Dr. Leley´s team took eight years to be developed. When asked about why they took so long, Dr. Phillip Leley smiles and says that they are conventional seeds, meaning that there were no genetic modifications made to them.

Although that was the case, the seeds are resistant to some infections that combined can take up to 50 percent of the entire harvest per hectare. These infections are Maize Streak Viruses, Grey Leaf Spot and Turcicum Blight. The combination of these deadly infections can reduce the amount of yields to half.

This was due to one of KARI´s core values that is to be client-driven in terms of research and development. A recent study had given as a result that the losses that farmers faced a loss of Sh28,000 by hectare taking into consideration only the maize streak viruses.

Also, the new seeds have an improved production rate since they are able to produce six to eight grain tones in four to five months.

This means that maturity time was reduced and outcome improved. According to studies made by the KARI the seeds that are at use currently in Kenya produce five tons as a maximum for each hectare.

Also, they are great for the livestock breeders since the larger cobs have forty to eighty percent more dry matter, which makes them way more viable for the keeping of livestock.

There is a project in Kenya to develop new seeds using the benefits of biotechnology in order to reduce the amount of fertilizer and reducing farmer´s costs.

The project will be under the IMAS (Improved Maize for African Soils Project.)

One of the main objectives of the KARI is to create a production chain that is both, profitable and a boost for production in a nation-wide spectrum. Innovation is one of the main tools that the government of Kenya through different organisms is applying to improve productivity and generate a virtuous circle involving producers, consumers, and farmers.

The high-altitude maize takes twice as much to mature enough to be harvested but the proceedings from each hectare are much higher.

The most important tree in the region is the Casuarina equisetifolia which is planted sustainably as one of the programs of country growth.

The KARI (Kenya Agricultural Research Institute) was founded by the government as a semi-autonomous institution.

A Boran Bull with a pedigree can cost somewhere around Sh300,000 and can be the animal to start a long line of selection to improve the production of any farm.